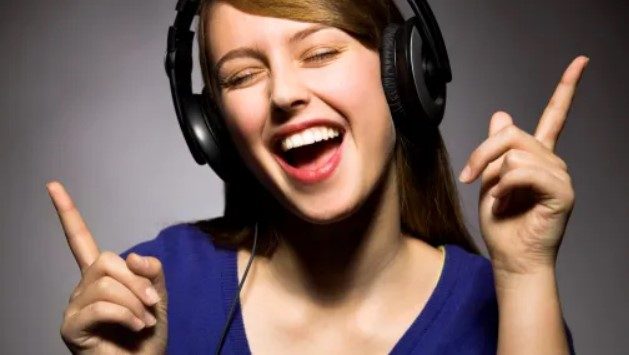 The Incredibly gifted Bob Marley once said that when the music hits you, the pain disappears. There’s probably no one better than Bob to speak the innate abilities of music to heal. Bob, the face of Jamaica and undoubtedly, the person who took Reggae music mainstream, himself underwent a 4-year grueling battle with terminal cancer before he threw in the towel. He’s been an inspiration to millions around the world and continues to be one.

The Caring Voice team has constantly been researching the ways in which art forms can influence our health positively. A few weeks ago we wrote about how musicians were now using certain forms of music to disrupt seizure activity in someone’s brain when they are experiencing it. That’s not all. Music triggers a plethora of thoughts and patterns in the minds of creative people, most of which cannot be described. Research is still at a very nascent stage.

Harvard Medical School conducted a study that states that music can help slow down your heart rate, it can also lower blood pressure, and potentially reduce levels of stress hormones. The APA states how music is being researched as a potential adjuvant for treating depression and even Parkinson’s disease. Music is also being considered as an adjuvant in dental therapies by the way.

The Awakenings & Music in Mainstream literature

If you haven’t seen the movie called ‘The Awakenings’, then we highly recommend that you do. Director Olivier Sachs narrates a beautiful and heartening tale of how he went on a quest to find a therapy that could be used to help catatonic patients come back to life. In his bestselling book ‘Musicophilia’, he narrates the impact of music on the lives of people. One such curious case is that of a patient who had ‘Amusia’, a condition that limits their brains from processing musical notes and tunes.

For a person suffering from this, any melody sounds like a cacophony of random noises instead. Picture listening to Mozart and it sounds like pots and pans banging against each other. That was one of the most extreme cases that he came across. Another one was even more intriguing. There was a patient called Clive who had extreme short term memory loss.

Clive would forget everything in moments. Often before he could even blink his eye. If you placed a chocolate in his palm, it would be a new one every second for him. He was so frustrated with his condition that he equated it to death. Music helped him heal. He started to recall words, pieces, and slowly even learned the piano. It wasn’t long before Clive even conducted. That was the impact of music in helping him heal.

Then there’s been a lot of documentation of people who have been blessed with a savant attitude for music. David Helfgott is a case in point. David was an Australian pianist who was diagnosed with schizophrenia at a very early age. He found it very difficult to function normally in this world. But the moment he started to play the piano, he would calm down and become a very different person. His story inspired ‘Shine’ and more recently, ‘The Soloist’ starring Jamie Foxx & Robert Downey Jr, which told the story of Nathaniel Ayers, a Julliard-trained musician who suffered a breakdown and ended up homeless in Los Angeles.

After his breakdown, Nathaniel’s connection with reality as we see it was completely broken. But his gift for music remained intact. The question is, what gives music this innate ability to transverse the barriers that our minds seem to set for certain people?

There’s the case of Derek Amato, another one that gives you a glimpse into the potential that music holds. Derek once dove into a swimming pool and was rendered unconscious. While he made a full recovery after a while, the accident affected some of his faculties. His hearing became sporadic. One day, he visited his friend’s place and saw a piano.

While Derek knew how to play the guitar, he had never played the piano in his life. But when he started to play it, he realized that not only could he play and understand chord structure, he could also improvise instinctively and even compose musical pieces. Upon asking, Derek said that the music came to his mind like little black and white blocks that floated in his brain.

Some more interesting cases that we found

These cases got us thinking. What other therapeutic applications can music have? We spent a few days digging up these cases and what we found is nothing short of remarkable.

Mel Tillis the songwriter and singer have a pronounced stutter when talks, after a childhood injury. But have you heard him when he sings? His words flow clearly and his voice sounds fantastic. He even has a string of top 10 hits as a singer and as a songwriter. There’s no sign of the stutter at all. Music seems to give him unprecedented control over his voice and his ability to use his vocal chords. Similar control has also been witnessed in some patients suffering from Tourette’s Syndrome.

Similarly, there have been cases where music has shown to be more effective than mainstream therapies for cognitive decline.

Cleveland Clinic conducted a study about the use of music to help calm soothed nerves. Well, that’s an understatement. We are talking about using music during surgery where general anesthesia is disallowed. A case in point is brain surgery during which, patients have to stay awake. But one can imagine the state of mind when there’s a scalpel on your scalp, can you? In the study, music helped such patients stay calm. Many of the time, they just slept off like a baby. When the surgeon required a cue from them, they would just unplug the earphones and they would wake again, respond to the cue and sleep off when the music was restarted.

There are umpteen stories of music helping people recover from a stroke. Research has revealed that listening to Mozart for instance requires a person to use both sides of their brain. Even recalling a piece of music that you might have heard helps increase your cognitive strength. This may one day pave the way for recovery from conditions like Huntington’s where a person suffers from severe cognitive impairment.

Not all potential applications are so complex though. In your everyday life, music is the cheapest and possibly, the safest stress buster that you can find. It helps to reduce the levels of cortisol, which is the stress hormone that your body secretes when you are undergoing phases of severe stress. When you listen to music instead, your body starts to secrete immunoglobin A, which is the fundamental basis of our immune system. Listening to music also helps people alter the way they perceive pain. Thus it can be used as a safer alternative to a lifetime of opioids or NSAIDS. It’s not merely a distraction from the pain, mind you. It actually releases endorphins which counteract the effect of the pain receptors.

Finally, we now know that the gym bro sporting that swanky headphone was not trying to show off. There are studies galore that explore the connection between music and exercise performance. One study states that listening to upbeat music has both physical and psychological effects. Cyclists seem to perform better while listening to music that’s 125 and 140 beats per minute.

Runners or treadmillx users get the same effect with music between 123 and 131 bpm. Pleasurable music on the other hand causes blood vessels to dilate reducing your blood pressure and increasing the flow of blood into the heart. This is very similar to the effect that laughter has on your body.

All said and done, the Caring Voice team feels that music definitely has a place in your everyday routine along with them multivitamins and your one-apple. It sounds great, it bumps up your mood and as you now know, it comes with a laundry list of positives.

In case you would like to listen to soothing music, do check out our recommendations of the best music apps for mental health.