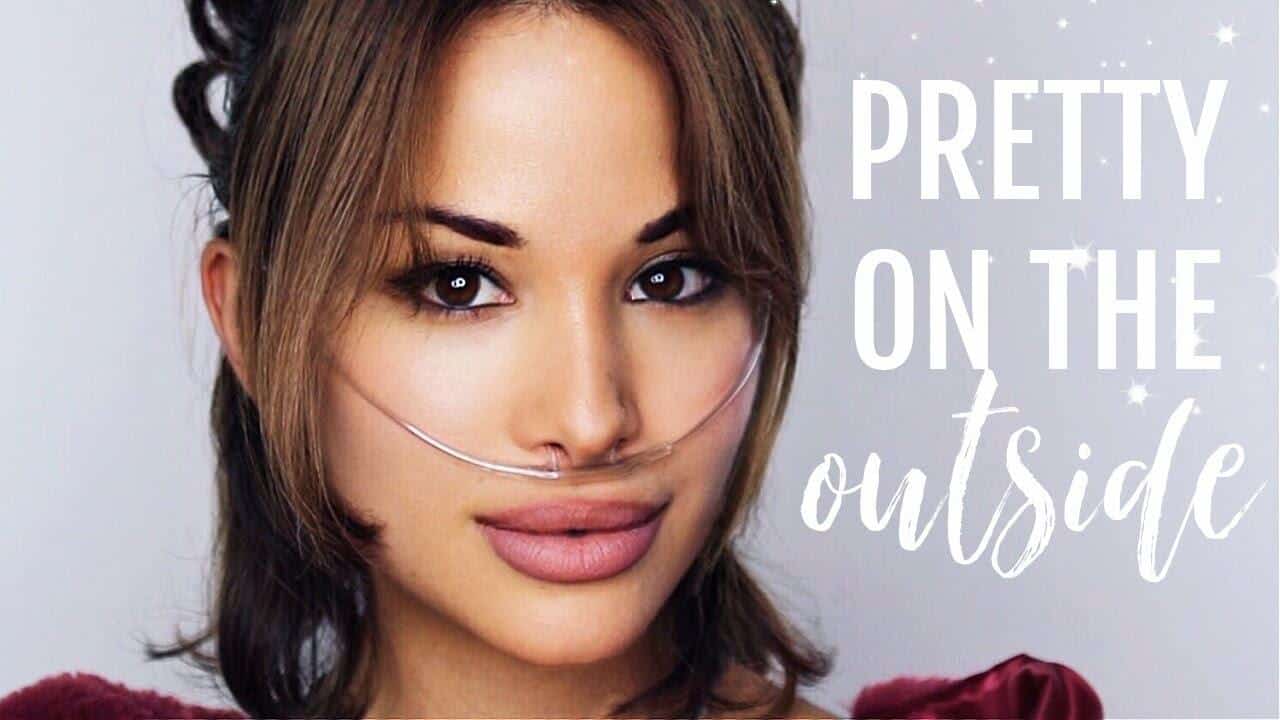 Since publishing this interview in 2014, Chloe was diagnosed with pulmonary venoocclusive disease (PVOD) and congestive heart failure. In 2020, she suffered a cardiac arrest and was kept on life support for 21 days. She had to undergo a double lung transplant and in 2021, she performed live again with her oxygen tank in tow. She continues to be as inspiring as she always was.

If you or someone you know is suffering from PHA, do check our helpful resources page. It has a wealth of information on treatment and support.

It’s a story Saturday and instead of a blast from the past, we have someone equally inspiring from the present for you. Team Caring Voice spoke to New York-based singer, songwriter, and musician Chloe Temtchine, who has won rave reviews and awards. She has collaborated with some of the biggest names in the industry.

As she’s about to release her new song “Be Brave,” on iTunes, she’s making a great contribution. 50% of the proceeds from the song will go towards Pulmonary Hypertension research. She herself was diagnosed with PHA recently and believe it or not, she performs live with an oxygen tank that she calls ‘Steve Martin’. We had an opportunity to have a tete-a-tete with her about life, her music, and of course, PHA.

Here’s a glimpse into that conversation.

When did you start to write songs and sing? Who are your biggest inspirations?

I was all of 6 when I started to sing and it all began in a tiny Baptist church in Harlem. It was primarily gospel music on Sundays. But I would be hooked to it, sometimes for hours at end. That’s how it all started if you want to know about influences.

But if you ask me for inspirational musicians, I have had a very eclectic taste in music. There are many who have been inspirational. Let me think of a few. There’s Edy Phenomene (French dancehall). There’s Stevie Wonder and Sam Cooke (R&B/soul). There’s Kim Burrell (gospel). There’s Ray Lamontagne (singers/songwriters). Did I mention Smokie Norful? Don’t forget Eric Reed in Jazz. Like I said, far too many to list here. I can go on about this for hours.

When were you diagnosed with PHA? What were the initial symptoms?

My symptoms began in 2008, to be honest. It started with random bouts of coughing and shortness of breath. There was severe fatigue and occasionally, lung pain too. Sometimes it would occur while I was performing on stage. But in 2013, my cardiologist did a review of a 3D echo that was conducted a while ago. He listened to my heart and realized that it was PHA. I was rushed to the ER. All those symptoms had progressively worsened over the years and I was at a point where I could barely move. Even getting up from bed and reaching the bathroom was a major accomplishment. Then suddenly, my heart started to beat rapidly and there was crushing chest pain. Almost overnight I gained 10 pounds of water weight.

What is your new song “Be Brave” all about?

A diagnosis of a potentially fatal condition often throws a wrench in the works and your life just flips upside down. I spent the last few months trying not to die. So much so, that I realized that I was not living anymore. That’s when I decided to write this song. It is about choosing to live in the face of adversity.

Each time I was driving to the hospital, a thought would creep up in a corner of my mind that maybe this is it. There’s very little hope. Then I would quickly brush that thought away and remind myself that if I didn’t shift my thought and consciousness fast, this would worsen.

I firmly believe that our minds have a huge role to play in our health. Keeping the mind straight and positive is incredibly important for our bodies to heal. That’s why I chose to write this song, to remind myself and to inspire anyone else who’s experiencing something like this. That every challenge that life throws at you can be a blessing in disguise. It can be an opportunity to start something new.

What inspires you when you write songs?

I generally am very comfortable expressing myself through my songs. So a lot of my songs are a mirror into my state of mind at that time, or life in general at that moment. I feel that music is able to capture my mind way better than mere words without music.

What have you learned while dealing with PHA? What were some of the challenges?

Given a choice, I would do anything to not have this condition at all. But sometimes life throws curveballs at you and you have to understand that there’s learning in everything. I have now accepted that this is a learning process too and I am actually grateful for the unique perspective that it has given me. A few years ago, I wouldn’t have had this perspective towards life, would I? I now try to enjoy every moment to the fullest.

Talking about challenges, it was about the future. Here I was trying to visualize a future when I was being told repeatedly that it’s very likely that I might not have one. That was my biggest challenge and it continues to be so. Just trying to stay positive.

Anything you want to share with someone who’s newly diagnosed with PHA?

If you are newly diagnosed with PHA, I want to tell you one thing. It might seem like the world just slipped away from under your feet. But it’s not the end of life. Surround yourself with positive people who instill hope in you. Try to eat healthy and nutritional food. Stay positive. Stay cheerful. Look for support groups so that you can learn from other people’s experiences.

Read success stories more than grim diagnoses. Most importantly, have faith that things are going to get better, no matter what the doctor tells you.

Does being a musician, a singer, and a songwriter help you cope with PHA?

It is very important that you are passionate about something. That there is something that inspires you and you look forward to it. It’s also crucial that you express your thoughts. It helps you stay balanced. Music helps me do all of this. It is my passion. I am able to use it to channelize my thoughts. Just the thought of performing life again keeps me going one day at a time.

What is next for you in terms of treatment for PH?

To be honest, I am not sure. There’s a growing doubt in my doctors that I might also have pulmonary veno-occlusive disease. So my doctors are taking it really slow at the moment with the medication. I am extremely grateful to them. There’s also a suggestion to go for a lung transplant. While I am thankful, that it is an option that exists, I don’t really want to go for it right away. If I can avoid it, I would like to do so.

What do you enjoy most about music?

I love the fact that music completely transforms how I feel about life. It instills hope in me during some of the most difficult phases of life. I love the fact that being able to create something new not only has the potential to change my own state of mind but can also change the way someone else thinks. Someone who might be in desperate need of some motivation. To be able to touch people’s lives is a gift that comes only through music.